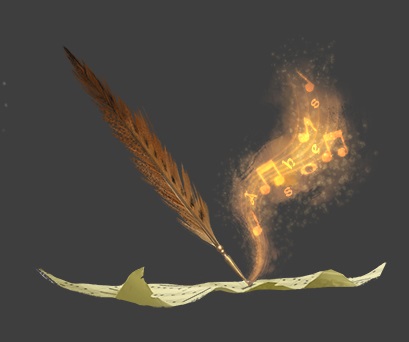 Bard is an archetype in Ashes of Creation.[2]

Truly a force multiplier, the bard weaves songs of glory and conquest, inspiring his comrades to ever greater heights. The bard knows secret and powerful words, is able to speak into being terrible nightmares, or convince foes to become friends.

Bards are a support role that makes a party better as a whole.[3]

Bards are intended to amplify a party or raid's ability to perform within their own class. That amplification isn't just intended for DPS, but also for support, for healing, for taking damage, for movement. Bards have often been portrayed as a musical class and while they can be that, many Bard applications may exist in just telling a story. Telling a story is going to be the thematic component of how the Bard interacts with the party. And that story is going to enhance player's abilities to perform. Very similar in a way to buffing up a party, but you are not going to see him as a "buff bot" that you might have experienced in previous games, where they are only good for their buffs and then you kick them out of party and they sit in a corner and come back in 30 minutes. Those buffs are going to be related to how they perform.[4] – Steven Sharif

In other games, Bards tend to be a relatively passive kind of way of playing and that's really not the direction that we want to go with it. We want every class to be fun to play. We want every class to be viable. We want you to feel like you are doing something: That your moment-to-moment gameplay is fun; so a lot of that kind of stuff is going to be based on combos, on reactive interactions between your party members and the mob that you're fighting, or the player character that you're fighting. There's going to be a lot of movement from the front lines to the back lines to kind of help out and make sure that everybody is supported in the way that they're doing it; and that you are also being active in what you're doing. You're not just sitting in the back passively playing a lute and not having any fun.[8] – Jeffrey Bard

Bard buffs are related to how they perform in combat.[4]

Let's say the Bard is using a weapon, has a sword out and... does some gladiatorial looking performance attack and it looks so great. It inspires his friends around him to increase their multiplier on critical damage, and now they deal additional damage against targets for the next 10 seconds or 8 seconds. So, you're going to need to be active. You're going to worry about your position, the relation of the position of your party members to you in order to accentuate really what you offer the party.[4] – Steven Sharif

The Bard archetype is scheduled for release in Alpha-1.[9]