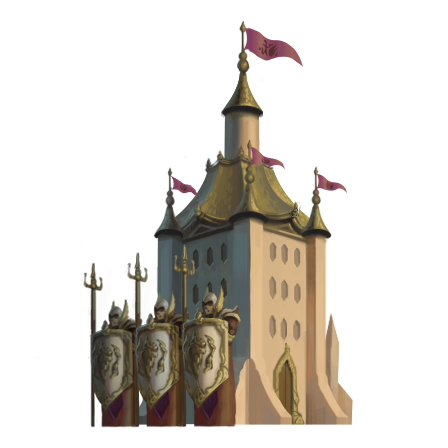 Flags in Ashes of Creation refer to.

Emblems on flags are customizable.[2]

The user interface will allow emblems, logos and symbols to be designed in-game.[2][3][6]

The developers are now considering including image import functionality.[8] This was previously not under consideration.[2]

I know previously we had spoken about not allowing custom user images in the game, however I think we're leaning more now in the direction of allowing for custom user images. Absolutely well what it will be is the fact that we're a subscription game and if you want to jeopardize your account by doing the wrong thing with regards to custom users [images] then by all means you may do so and we'll have stringent practices in place to prevent that from actually being an issue.[8] – Steven Sharif

Guilds will be able to sign up to either siege or defend a castle.[4]